scholarship
scholarship-notification
IFFCO MD Scholarship : Indian Farmers Fertilizer Cooperative Limited, which is commonly known as IFFCO, is a cooperative society that has been established for producing and marketing of fertilizers to enhance agricultural produce of farmers. IFFCO operates in multiple states across India, and its establishment was done in the year 1967 as a cooperative society constituted by a total of 57 members. In the present IFFCO is labeled as the biggest cooperative venture in the world having a mammoth total of 37000 active members who are involved in business with millions of farmers across the country. The government also initiated SSP Karnataka scholarship intending to improve the education level of the weaker sections of the society. 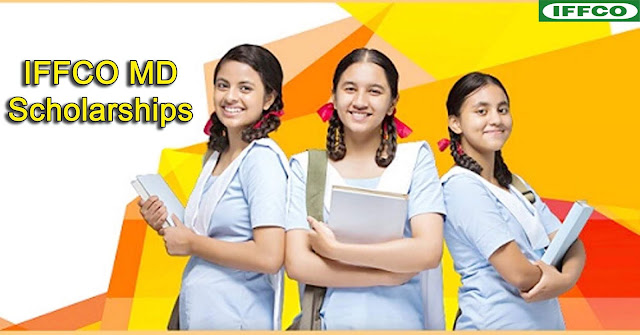 THE BEGINNING
The establishment of IFFCO was done at a time when the country had undergone an agricultural crisis and was on the verge of witnessing the Green Revolution. Cooperatives were already active around this time, but they could only help in the distribution of fertilizers but not the production. To solve this problem, IFFCO a unique cooperative venture was started wherein farmers being part of their small cooperatives could join hands and form an institution that protected their interests. The first manufacturing plant of IFFCO was started in Phulpur, and since then many more have been established by the organization. The success story of IFFCO is represented by its financial performances. The society is now worth 2.3 billion dollars and has 19% and 29% shares in the major fertilizer production market, namely Urea and P2O5, making it the largest fertilizer producer of the country.

INVESTMENTS
Over the years, IFFCO has also emerged as one of the most prominent investors in India and abroad and has made many investments of strategic importance. It has invested significantly in fertilizer manufacturing companies of Oman, Jordan, Senegal, and Egypt. IFFCO has also invested in the general insurance sector and operates through its firm IFFCO-Tokio General Insurance Ltd. It has indulged in equity purchase from organizations such as NCDEX for commodity trading. IFFCO's Chhattisgarh unit is actively involved in power production. Other than these, IFFCO has invested in the establishment of KISAN Special Economic Zones and also in promoting activities of farmer's welfare.

IFFCO's Ventures
IFFCO has also helped in establishing an adequate infrastructure that is necessary to elevate the standard of agriculture in this country. IFFCO has been involved actively in promoting modern and advanced tools, technology to help in enhancing the farmer's yield and also making the work easier. It has also been involved in the empowerment of rural areas of the country by introducing innovation centers and educational institutions in these areas. IFFCO has been working for the betterment and development of technology for agricultural purposes. IFFCO has invested into social causes as well is determined to solve the issues related to core agriculture such as crop damage lack of agricultural machinery low yields etc.

FUTURE
IFFCO is currently working towards increasing the growth and development of the cooperative and has called it as its 'Mission 2020'. As per the plan, IFFCO will be aiming to modernize the existing plants and will try to do as much Energy Saving as possible. It will try to introduce newer fertilizer and chemical products, establish itself in the E-commerce sector and expanding its business in other countries as well. IFFCO has also become a lender to smaller cooperative societies and hence, is working on devising credit rating schemes for these loan seeking cooperatives.

The IFFCO MD scholarships have been introduced as part of IFFCO's initiative to promote rural innovation in the field of agriculture. As part of the scholarship, the selected candidates will be awarded an amount of Rs. One Lakh. To be eligible for obtaining the IFFCO Rural Scholarship the applicants must mandatorily be Indian citizens who have the Aadhar card issued to them as a proof of their identity. Apart from this, only citizens above the age of 18 will be considered eligible for acquiring this scholarship.